Testing ones mettle is almost synonymous with adventure cycle touring and everyone has their own strategy for tackling the ‘mind games’. In my case the outwards expression of these internal battles generally takes the form of an occasional loud expletive or some primeval shout, before throwing the bike down and then slowly summoning the will to continue. Sam is far more measured in comparison, showing barely a hint of the world of suffering and frustration that’s raging inside. It therefore says volumes about the difficulty of our recent escapade, when a loud “SH*T!” resonated up the mountainside, prompting me to look down and see Sam slumped over his handlebars with exhaustion. I was in a similar state, totally spent from four hours of carrying the bike up a steep muddy trail in rarefied air. This was seriously tough stuff.

To a large extent, in something bordering on masochism, we tend to make lives pretty hard for ourselves with the routes we opt for and so in many respects deserve everything we get. In the case of the past few days we chose to forgo the established dirt road to the town of Oyon, in exchange for a more challenging, but hopefully rewarding route skirting through the Cordillera Huayhuash. I’d hiked the western side of this range previously and whilst it wasn’t exactly a walk in the park, we’d read that the eastern side was more ‘bike friendly’. Frankly, this, as we should have guessed, is a load of tosh…

Here’s how it went down:

Ready to hit the road again in the village of Llamac… 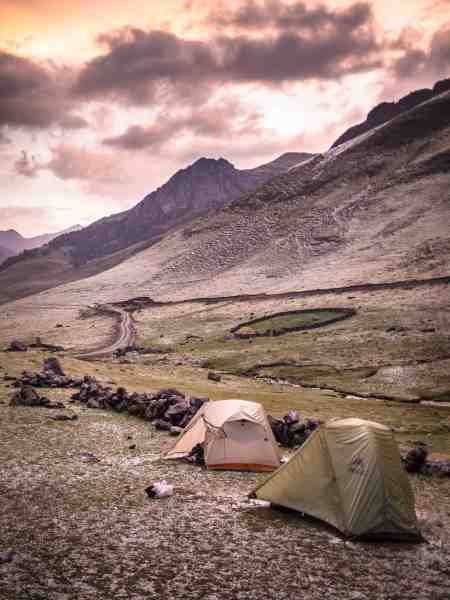 Clear skies the following morning though….

A perfect day for pushing a bike up a mountainside.

With memories of our Cordillera Blanca hike-a-bike escapades having since warped into a rosy blur of ‘good times’, the idea of scaling the 4700ish m Cacananpunta in a similar fashion seemed like a great plan when sat in our Huaraz hostel. Almost as soon as the climb started though we were quickly reminded of how much of a nightmare it is to haul a loaded bike over an Andean pass. It’s just not a rational thing to do… Seemingly unwilling to yield to two jokers with bicycles, the pass cranked up the ‘difficulty level’ with each advance. First it was the fiercely steep rock sections requiring carrying the bike whilst simultaneously trying to inch upwards practically on hands and knees. Then came the slippery mud on the upper slopes, clogging wheels and making it an often-loosing battle of friction coefficients when it came to forward motion. And on top of all this, our lack of acclimatization meant we weren’t exactly on fine form, generally pausing every few metres to gasp for air like a beached whale. 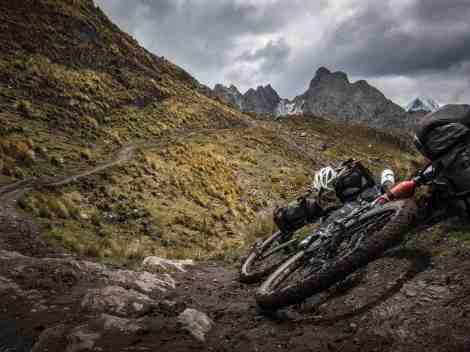 The only rideable section of the climb. 30 seconds of triumph, before hauling mode recommenced… 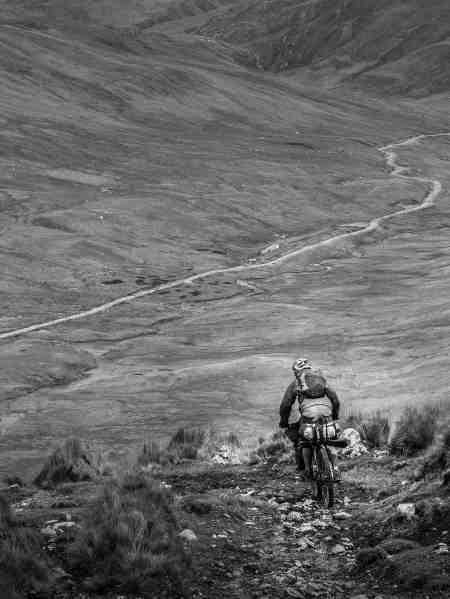 After 4 hours of so of climbing we were finally up and over the other side, where things suddenly started to look a lot better…

Amazingly it was largely rideable, making for some pretty epic descending.

Shortly after, we free-styled it across the valley floor below and linked up with a dirt road to take us to the village of Queropalca. Complete with tail wind this was great section of riding, depositing us in the village square to bemused bystanders just before the encroaching storm hit. 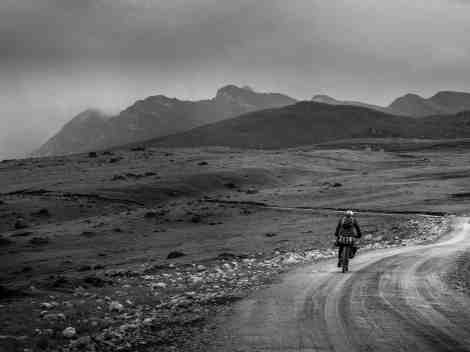 The following day saw us return to actually riding our bikes for the entirety, following a series of virtually untrafficed dirt roads, snaking their way through the lonely highlands.

Stopping at the occasional village to give an impromptu English lesson to class of school kids and stock up on Sublimes – the benchmark of calorie packed Peruvian chocolate bars. 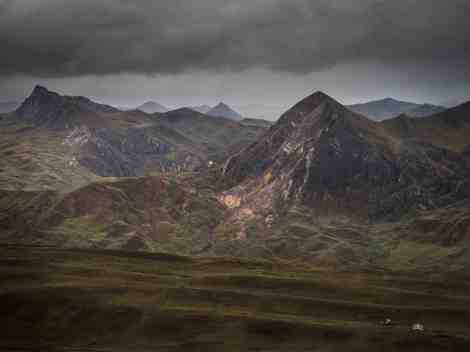 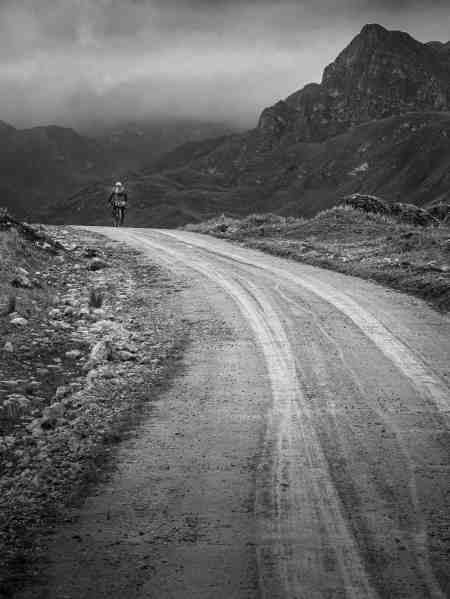 And onto increasingly muddy tracks, which Sam’s Rolhoff dealt with considerably better than my conventional drivetrain.

Before ending the day by this giant lake….

Ready to set up camp and tuck into some fanny

They say a picture paints a thousand words, but the following day can be in summarised in just two; ‘wash out’. We felt the full wrath of Andean rainy season, but at least made to Oyon, the target of this leg, where a sizeable portion of chicken and chips awaited us….

The plan is now to continue south through the mountains following the more conventional, but still bloody hard, ‘Great Divide’ route. Having had a taster of full-on Andean rain, it’s evident that the level of enjoyment of this next leg lies largely in the hands of the weather gods. 5000m passes and driving rain/hail make for a pretty grim combination, so fingers remain crossed…

10 responses to “Back In the Thick of It”