Nowhere, it seems, does the topic of the weather serve as conversational bedrock more than in Chilean Patagonia. And that’s coming from an Englishman. Our winding journey down Chile’s Carraterra Austral has been characterised both by ceaseless rain, reducing us to jittering wrecks and questioning why on earth we’re doing this, and days of perfectly clear skies, where the full vibrancy of the autumnal yellows is unlocked and suddenly everything makes sense again. An all or nothing, love/hate affair if ever there was one.

Following this ‘must do’ road all the way to it’s southerly conclusion at Villa O’Higgins (a brilliantly un-Latino name if ever there was one) was never going to be an option for us. The boats needed to make the subsequent crossing to Argentina have now gone into hibernation, leaving us with a couple of interesting dirt road exit strategies to chose from instead. Enter Paso Roballos. This cheeky little crossing into Argentina sees scarcely anything in the way of traffic and, partly as a result, turned out to be an absolute gem and definite highlight of the past few days riding.

The Roballos route kicks off just north of Cochrane, a relative metropolis as settlements go down here, boasting a ‘mini sex shop’ no less, advertised under the same roof as an arts and crafts store. Brilliant. Veering off the mighty Austral vegetation soon starts dropping away as we start the gradual transition from dense Chilean forest to Argentine pampa; an expansive, windswept plain of yellowed grass and occasional lonely bush. Compared to the mighty Andean passes scaled previously, at a lofty 600m, this one barely even registered as a climb. Soon passports are handed over, eyebrows raised at multiple Saudi visas but nothing more, stamps squeezed into remaining gaps like a jigsaw puzzle and then it’s onwards to the desolate world of pampa. The rain doesn’t make it past the mountains, hence the dramatic change in landscape, but what this side lacks in precipitation it makes up for with absolutely brutal winds. Famous amongst cyclists, they truly are a force to behold. Roaring 40’s, soon to be furious 50’s; days can either go really well or really badly down here…

My camera finally gave up the ghost on the first day out of Coyhaique, so thanks to David for the first couple and to Sam for letting me borrow his little Canon for the shots thereafter. 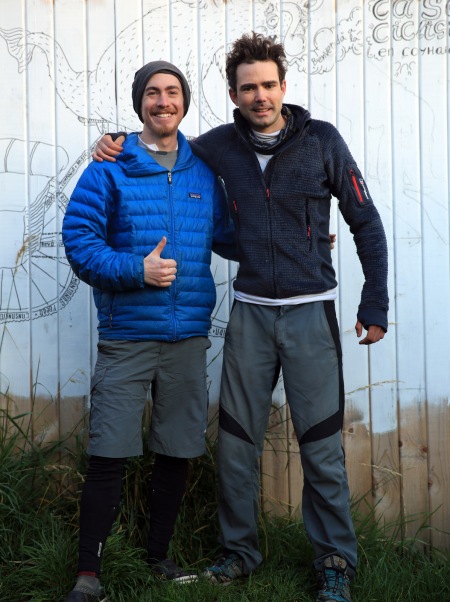 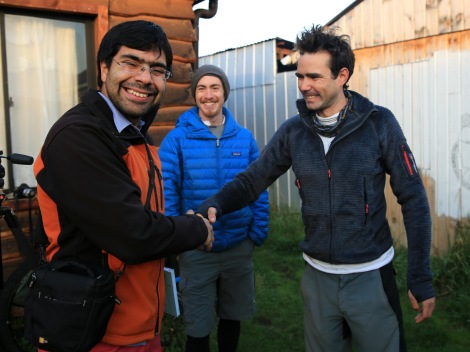 Farewells at Boris’ casa de ciclistas in Coyhaique. Having taken residence on the floor of his small cabin for the proceeding two days, each morning tip toeing round us as he headed out for work, we have a lot to thank this generous chap for. Yet another in a long line of kind folk who’ve opened up their homes to us and expected nothing in return. 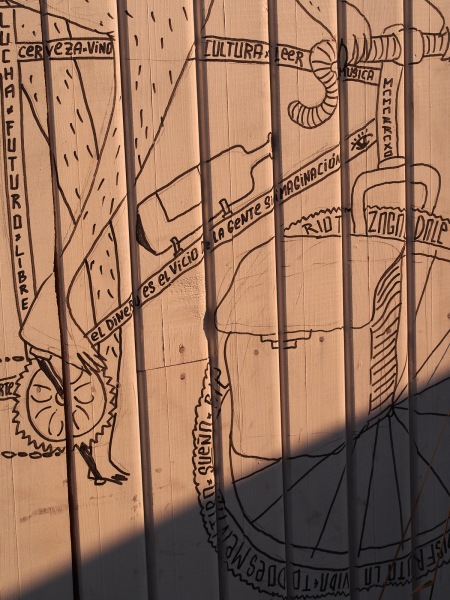 “Money is the vice of people without imagination”. Something to live by. 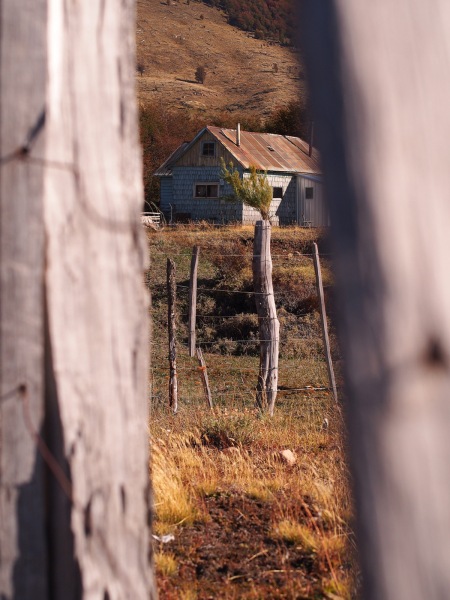 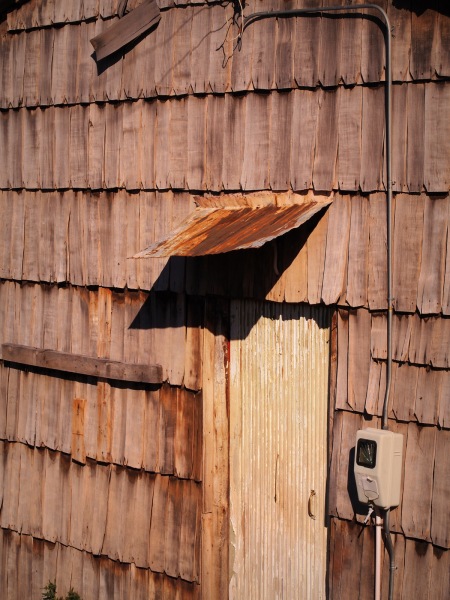 Can’t get enough of that panelling 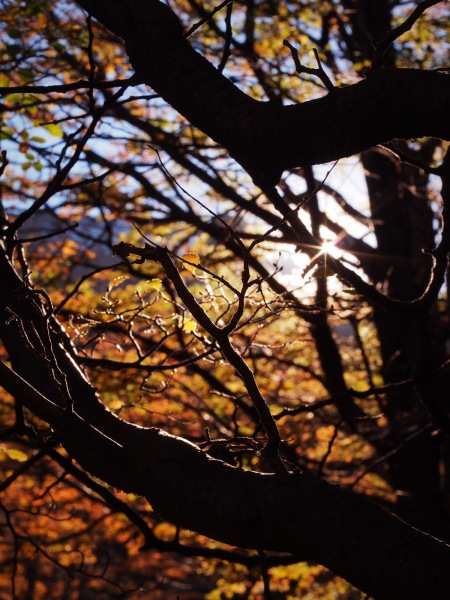 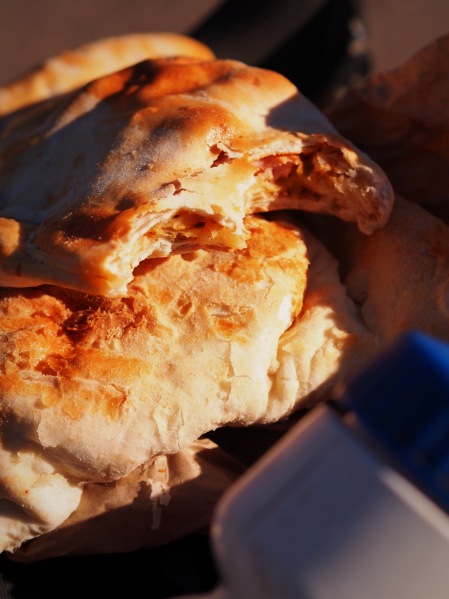 Could the last shot with my camera have been put to better use? Probably. Although it was a good empanada! 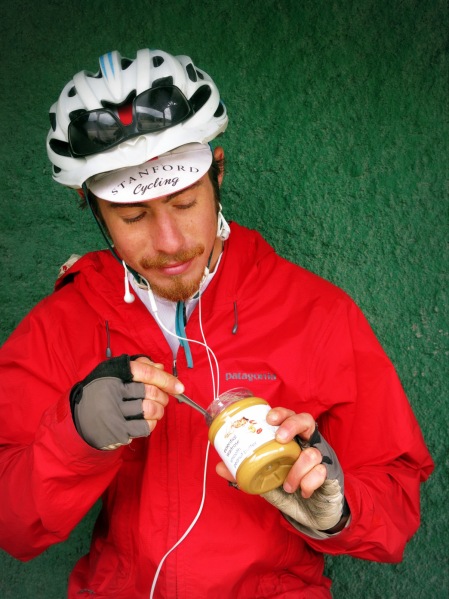 The American finally found some peanut butter in a land that knows only dulce de leche. Bread not required (apparently) 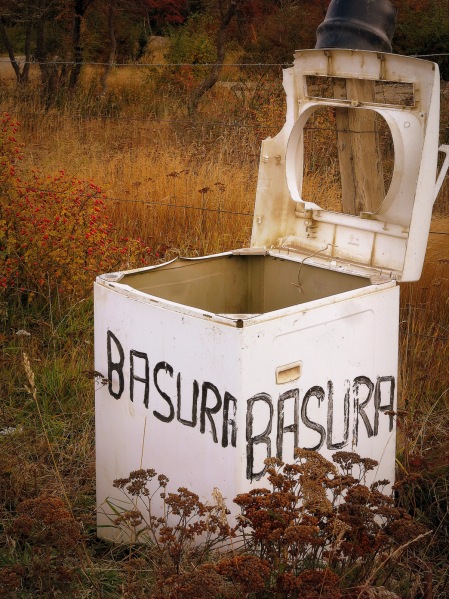 Who needs a dustbin when you’ve got an old washing machine? This would probably get you green ‘reuse’ kudos elsewhere in the world, but in Patagonia he just didn’t have a bin. 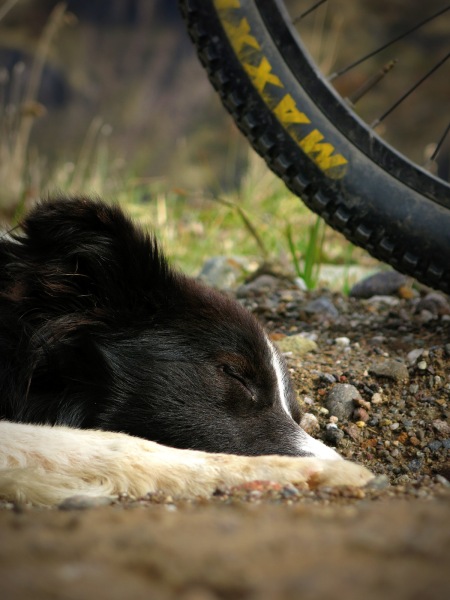 Another weary traveller deciding to tag along for the day 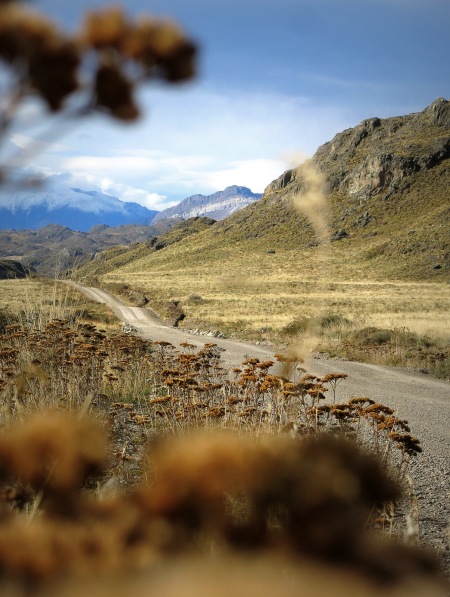 Leaving the Carraterra Austral we wind our way through curiously carved landscapes; the domain of deer and top notch dirt riding. 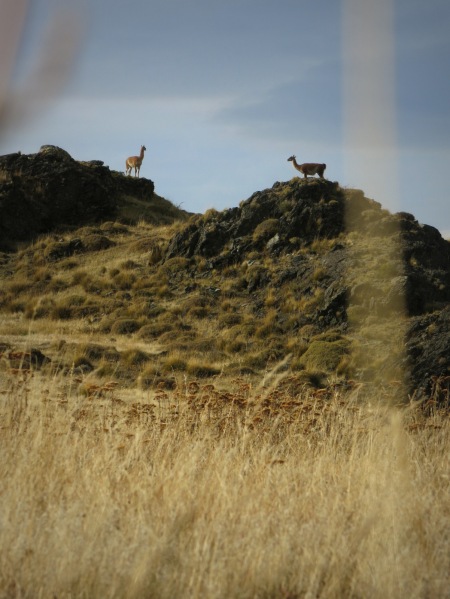 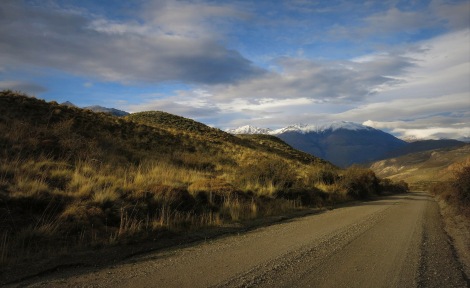 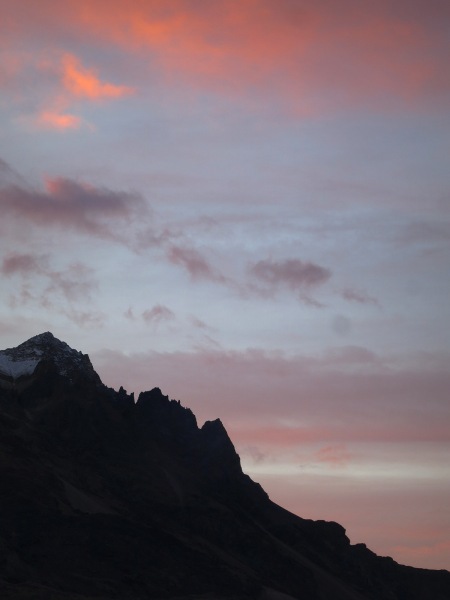 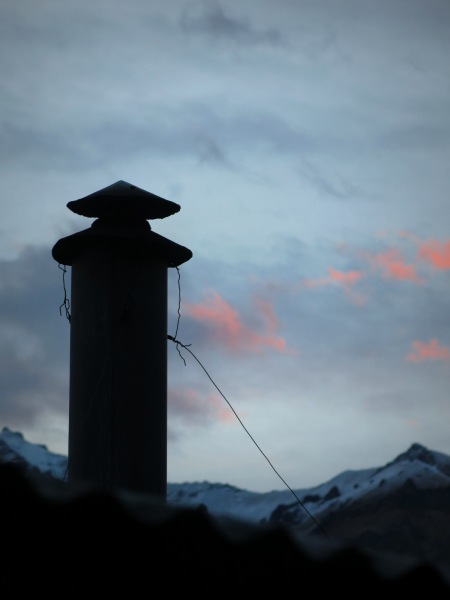 Grateful for a night in the wood store of this cabin just before the border. 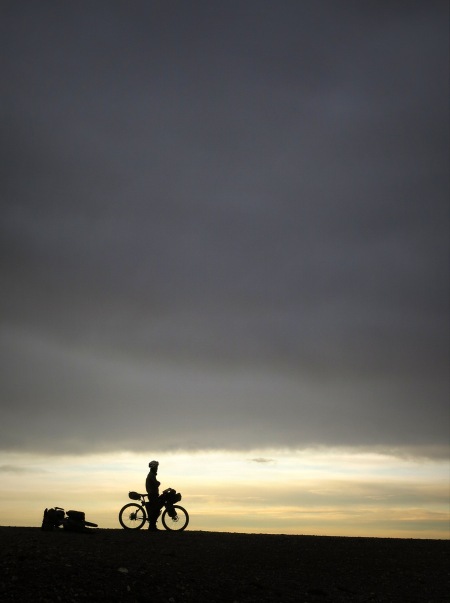 The next day it’s a long slog across the pampa on some rough old ripio, bringing with it our first taste of the savage Patagonian winds. Fortunately a raging tail wind in this instance. Comedy puncture repair episode follows later, with new tube, gloves and patches all tearing away from me, you’ve got to be on your game down here… 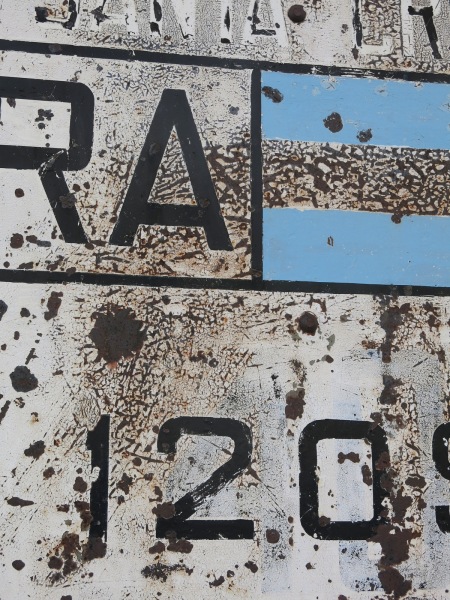 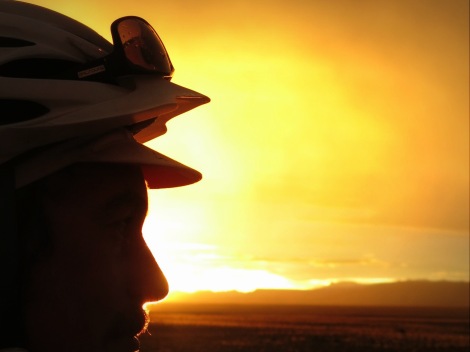 Come dusk and we’re onto the classic Ruta 40, a bit of an Institution among motorcyclists and road trippers. Gas station pumps and windows are peppered with stickers from a thousand trips, all unique, each a lifetime of memories. Such is the way of ballsy journeys…

The turn off for Paso Roballos is 16km north of Cochrane, then it’s a rolling 65km or so to the Chilean Border post (well graded ripio for the first half, then pretty rough). 11km or so more until the Argentine post, then around 80-90km on very rough and exposed ripio to reach ruta 40. Progress from the ‘pass’ will be determined by the wind, generally blowing from the west. From here it’s 15km south on ruta 40 to the small village of Bajo Caracoles where there’s a shop for essentials at the gas station, a few houses and I think camping/hostel open in the summer. Your last real food supply point until Gregores.

5 responses to “Carraterra Austral; The Exit”