Whilst everyone seems to have their own idea of where Patagonia actually starts, I think it’s now safe to say we’re definitely in it. With a name almost synonymous with adventure, this chunk of Southern Chile and Argentina has always held a certain allure for me; a distant, almost whimsical goal when I set off from Alaska, that’s now unfolding before me in full rain swept, HD reality.

On the Chilean side; rivers and dense rain-forests plunge into a bewildering network of lakes, hemmed in by dramatic, jagged mountains. Villages, largely cut off from the rest of their country, take on a much more rugged and weather beaten look, with faded timber paneling and smoking chimneys being obligatory features. Just like Alaskan communities there’s the same obvious respect for the weather; North Face down jackets aren’t just a fashion statement down here. And therein lies the obvious downside to Patagonia; the weather could be better. That said, this is hardly peak season; summer has long since past, the landscape now jazzed up with splashes of autumnal yellows and oranges. Subzero nights, damp starts and plenty of rain (soon to become plenty of wind when we cross over to the Argentine pampa) come as standard these days, with ever reducing daylight hours reminding us the clock is very much ticking if we’re to avoid the full wrath of a Patagonian winter.

Way behind schedule, a ‘high level’ meeting was called in Bariloche to address the winter issue, whereby Sam and I did our best to extract our heads from the sand and plan out how the hell we’re going to make it down to Ushuaia in time. The result is practically a day by day itinerary, and a seriously tight one at that, which we’ll need to do our best to stick to. Gone are the aimless wanderings, now it’s deadlines and daily ‘targets’, not exactly ideal, but all good preparation for a return to the real world…

That’s not to say we’re completely finished with our mission to ride ‘off the beaten track’ though, something that’s become core to the trip and no doubt cause of much frustration to our families, who’d rather we just got it over with! Our latest stretch from Argentina’s tourist hub of Bariloche (home to the world’s largest chocolate Easter egg no less) featured another wonderfully remote border hop into Chile, before joining up with the famed Carraterra Austral to take us south. Very much a tale of two halves; fording rivers and following faint tracks across the border, then the relative ease of South America’s most popular cycle route.

A good find; spicy ‘meat’ slice complete with embedded egg. Picked up in the Welsh Patagonian community of Trevelin, could it be a Latino-ized version of the classic ‘pork pie egg loaf’? Pride of the Sainsbury’s meat counter. 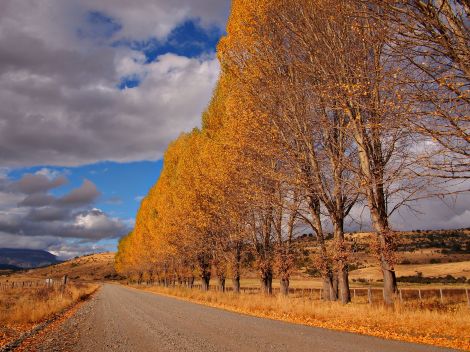 The days are drawing in, which means even the lazy risers like myself get to catch the 8am sunrise (without even having to leave my sleeping bag on this occasion…) 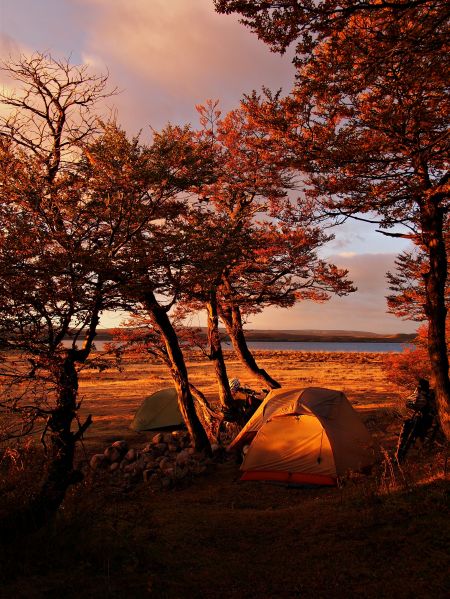 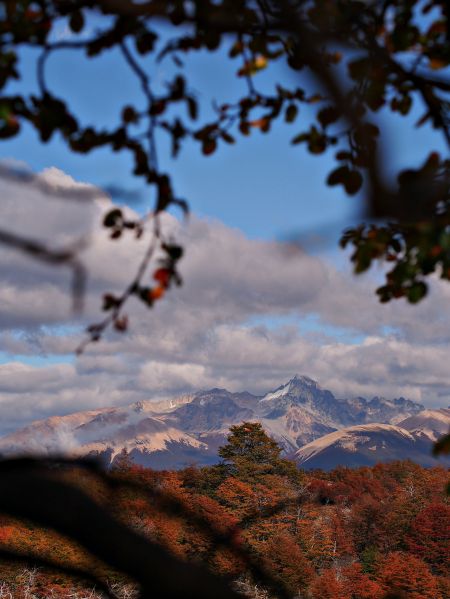 From the community of Atilo Viglione it’s onto a little used track towards the border, where we end up spending the night with the friendly lads at the Gendarmaria post.

Onwards to Chile through bewildering number of gates, along with a few river crossings …

Before long thing the vegetation becomes denser (largest temperate rainforest in the world?) and we enter the lake strewn wonderland of Chilean Patagonia

At La Junta we intercepted the Carraterra Austral, a classic stretch of road that snakes it way down Chilean Patagonia. Pet project of Pinochet, the idea was to link up the remote communities down here (which previously relied primarily on links with Argentina) as part of the plan to ‘Chilianize’ the area. Fast forward a few decades and it’s now a ‘must do’ route for cycle tourers and other tourists alike.

So far our three days on the Austral have featured near continuous rain (a common problem with rain-forests), making for some less than inspiring riding and a rather soggy arrival in the town of Coyhaique.

Fortunately Boris’ Casa de Ciclistas and roaring wood stove were waiting for us though. We’ve since been occupying the floorspace of this generous chap’s cabin in refugee fashion, together with one of his friends and Asaf, a north bound cyclist who, shortly after meeting us, decided to sell his bike (such were our tales of inspiration!). 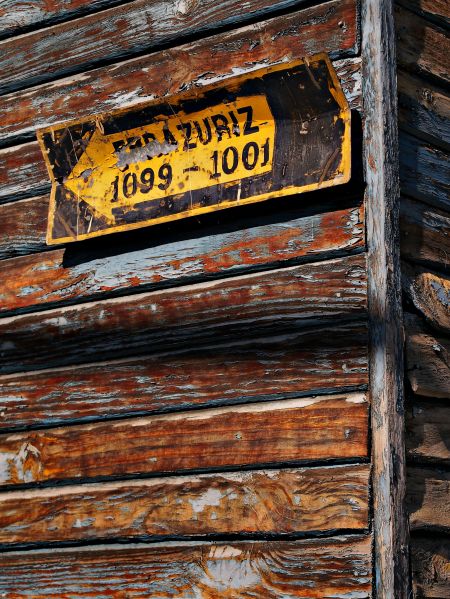 The law of bike travel; take a rest day and the sun will shine. A good chance to roam the hilly streets of Coyhaique though; a bit rough and around the edges, but I think I quite like it…

Tomorrow (16th April) we continue our push southwards, where lack of internet, time pressures and the slow death of my camera may mean the blog takes a bit of a hit. I’ll do my best though…!

6 responses to “Carraterra Austral Via The Back Door”