It’s been a long time coming, but I’ve finally rolled across the Equator and thus far things are looking pretty good down here. What’s more this hemispherical transition has coincided with my ‘year on the road’ mark, something that’s rather stealthily crept up on me. It’s hard to believe that bizarre first day in Alaska’s arctic tundra, stalking caribou with an Alabaman hunter, was a whole year ago, but then again, quite a lot’s happened since…

I’ve been in Ecuador around a week now and it’s already served up some cracking riding, possibly the best of the trip so far. I’ll keep words to a minimum and instead let a proliferation of photos set the scene: 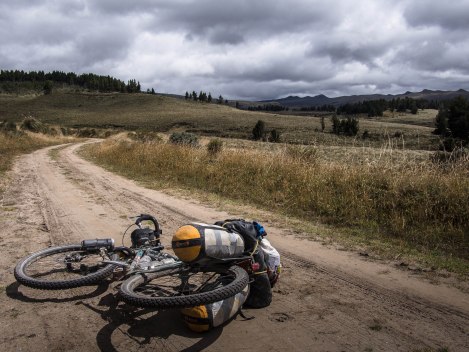 Almost as soon as I’d crossed the border I veered off onto this absolute blinder of a dirt track, winding it’s way up to the ‘Reserva Ecológica El Ángel’ without even a sniff of a vehicle.

Before long I was back in the mysterious world of Paramo…. 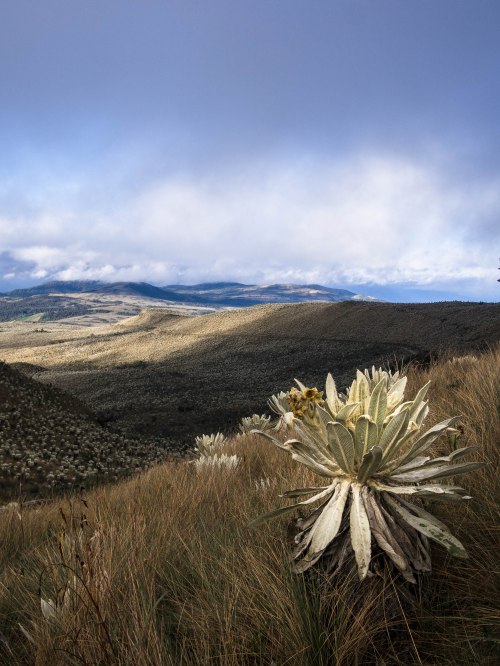 With it’s vast army of Frailejones, endemic to these high altitude regions of the Northern Andes. They’re literally everywhere…

The track tops out at a chilly 3700m, from where it’s a short hike to some equally stunning mountain lakes. 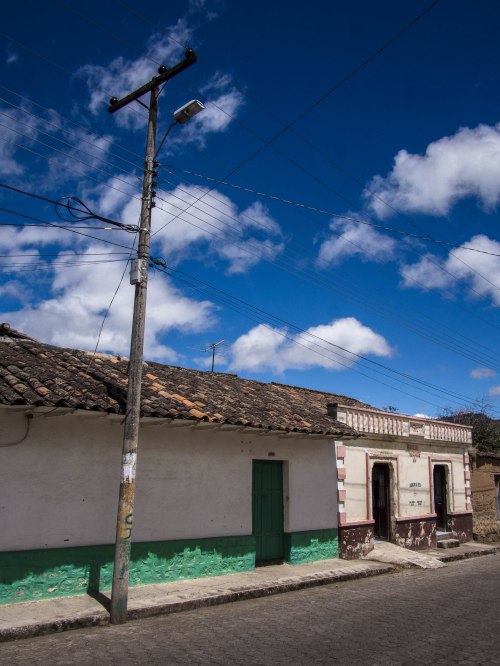 And to the town of El Angel, approached on a stretch of famed Ecuadorian cobblestones.

More descending down to 1700m, followed by a sweaty stretch on the PanAm, brought me to Otavalo, a town famed for it’s giant Saturday market. 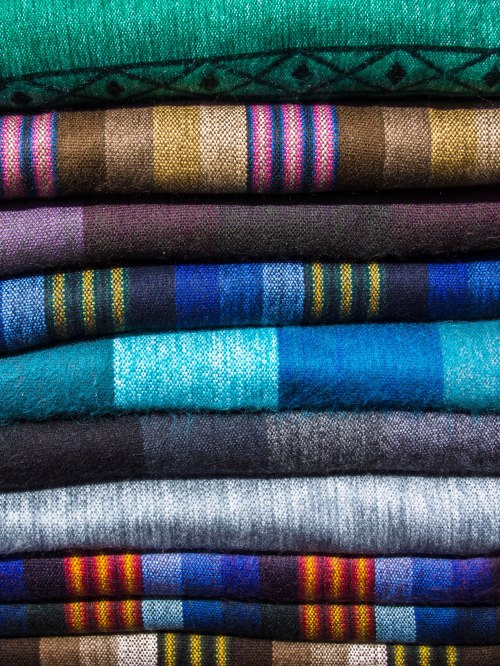 And as someone who likes a good market, it seemed rude not to stop by and have a nosey around.

Alive with the colour of traditional dress and with more bola hats on show than a period drama, it certainly trumped a trip to Tesco.

The proud indigenous populations are still in full force in Ecuador, despite the usual grim history of exploitation and repression.

From Otavalo it was a steep climb back into the high mountains, almost entirely on cobblestones. Not a road surface I share Ecuador’s apparent enthusiasm for. 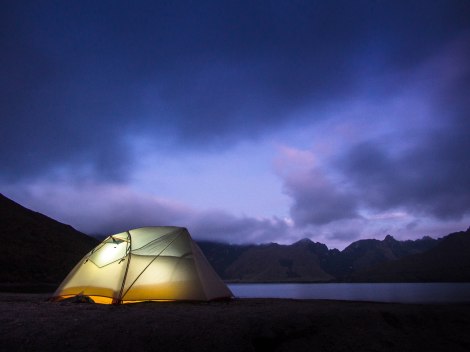 By dusk I’d reached my target destination, the spectacular Laguna Mojanda at 3700m, and, greeted by a strong wind, faffed about setting up the tent in comedy fashion, much to the amusement of a group of locals. 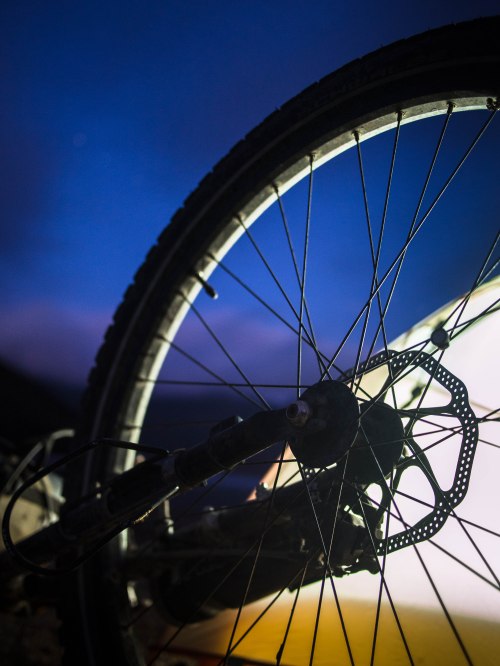 I awoke to clear views of what could have been the Scottish Highlands on a rare sunny day. 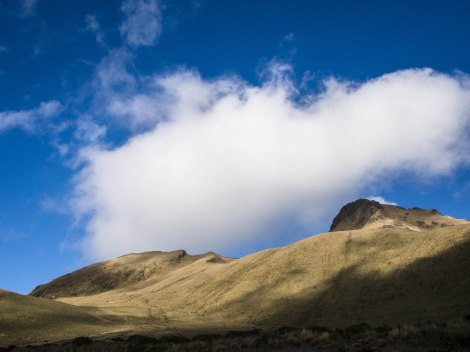 After a bit more climbing to 4000ish m, it was another epic dirt road decent down the other side and onwards to the capital, Quito.

For the final 30km I followed an old railway line, which now serves as a very cool mountain bike trail….

At the end of this marathon day I made my weary arrival at the ‘Casa de Ciclistas’ in Tumbaco, a suburb of Quito. For the uninitiated these are effectively open houses for those on pedal powered adventures, where you can pitch your tent, work on your bike and hook up with fellow ciclistas. A brilliant concept and built on the boundless hospitality of local cyclists, in this case Santiago and his family.

The past couple of days or so have been spent kicking back at the Casa, largely in the company of Sam from the US and the two Roos’ from Holland. As always, calorie intake has been a chief activity, with ice cream featuring pretty heavily.

There’s also been a bit of tourist ‘box-ticking’ in Quito itself, such as the incredibly ornate Iglesia de San Francisco.

Along with sampling more local delicacies. This one’s a must for any pork scratching fans out there…

The dirt road leading to the Paramo from Tulcan has been well documented elsewhere (see here). When I was there the refugio at the high point of the road was being refurbished and officially out of action, but the construction workers were happy for me to camp in one of the semi-completed rooms to escape the wind. From the refugio to Otavalo, via Mira and Ibarra, is a long day in the saddle but doable.

The route up to Laguna Mojanda is easy to find and is a good half day uphill slog from Otavalo. As soon as you reach the lake there’s a good (if slightly exposed) area for camping by the lakeside or you can push on anticlockwise via a dirt road to the other side where there’s the official camping area which looks to have some form of facilities. Just before this, another steep, switchbacking dirt track leads up towards the peak of Cerro Negro taking you to a pass at around 4000m from where you then plummet down to the town of Tabacundo. As there doesn’t seem to be a way of cutting across the valley I then continued via Cayambe.

The usual start of the railway path (Ciclovia El Chaquiñan) is just after you leave El Quinche (map here). It’s a narrow dirt track that forks off to the left and strewn with quite a bit of rubbish at this point. The dead giveaway is the odd section of rail occasionally protruding from the ground and this is your best clue for following the trail as it crosses various towns on the way. It’s easy to lose it at some points but people will always point you in the right direction. Definitely recommended if you have a sturdy bike, but it took longer than expected, around 3 hours to Tumbaco where it practically takes you to the door of the Casa de Ciclisatas. From the lake to the casa via the railway path is another monster of a day, but doable if you set off early enough.

3 responses to “A Change of Hemisphere”